Inform your vote with this summary chronicle that counters the distortions put forth by Trump’s administration during his impeachment and illuminates the complicity of Republican members of Congress.

Impeachment Chronicle ~ Constituent Letters  follows the 2019 - 2020 U.S. presidential impeachment process through a constituent’s eyes.  The author writes from a gerrymandered district in Wisconsin and attempts to persuade their congressional representatives to honestly view the evidence for impeachment and conviction without the political smokescreens.  Congressional representative replies are included.  The book alleges that the Republican Party could serve the American people so much better (if that is their goal) with a different leader at the helm.  It highlights action patterns that reveal the underlying motives of those in power and is a record of how our government’s system of democracy can be manipulated.  Voting with this in mind is essential.

H.C. Hallett is a veterinarian and co-owner of a small animal veterinary practice in the swing state of Wisconsin and has had poetry published in numerous anthologies. 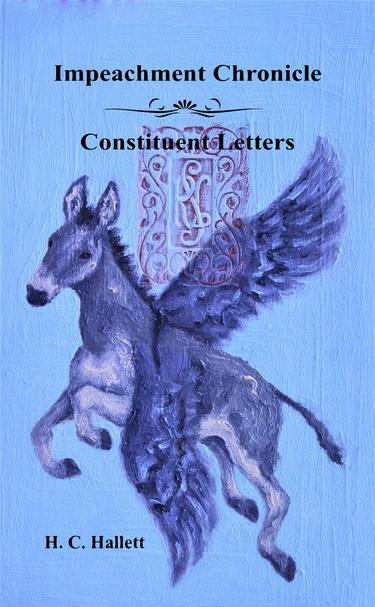 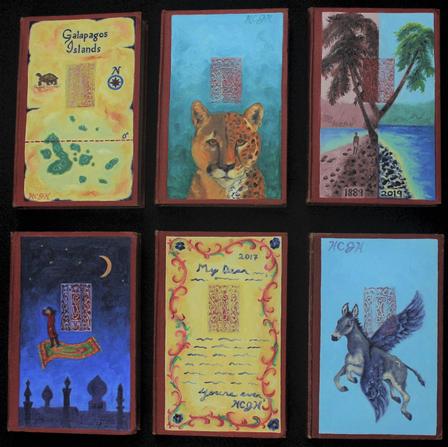 The cover of this book features an oil painting by the author, “Travels with a Donkey: Best Way Forward.”  It is one of a series painted onto the covers of a collection of books by Robert Louis Stevenson (1850-1894) which was published in 1925.  The series of paintings is called Progressions.

The cover paintings are inspired by the title of each book and relate to current issues in the 21st century.  Other titles in the series include “Treasure Island,” “Dr. Jekyll and Mr. Hyde: Outside appearance shouldn’t matter, but it does,” “In the South Seas: Effects of Climate Change,” “New Arabian Nights,” and “Letters: Connections of Old.”  The Progressions series repurposes 19th century titles to focus attention on issues of today.